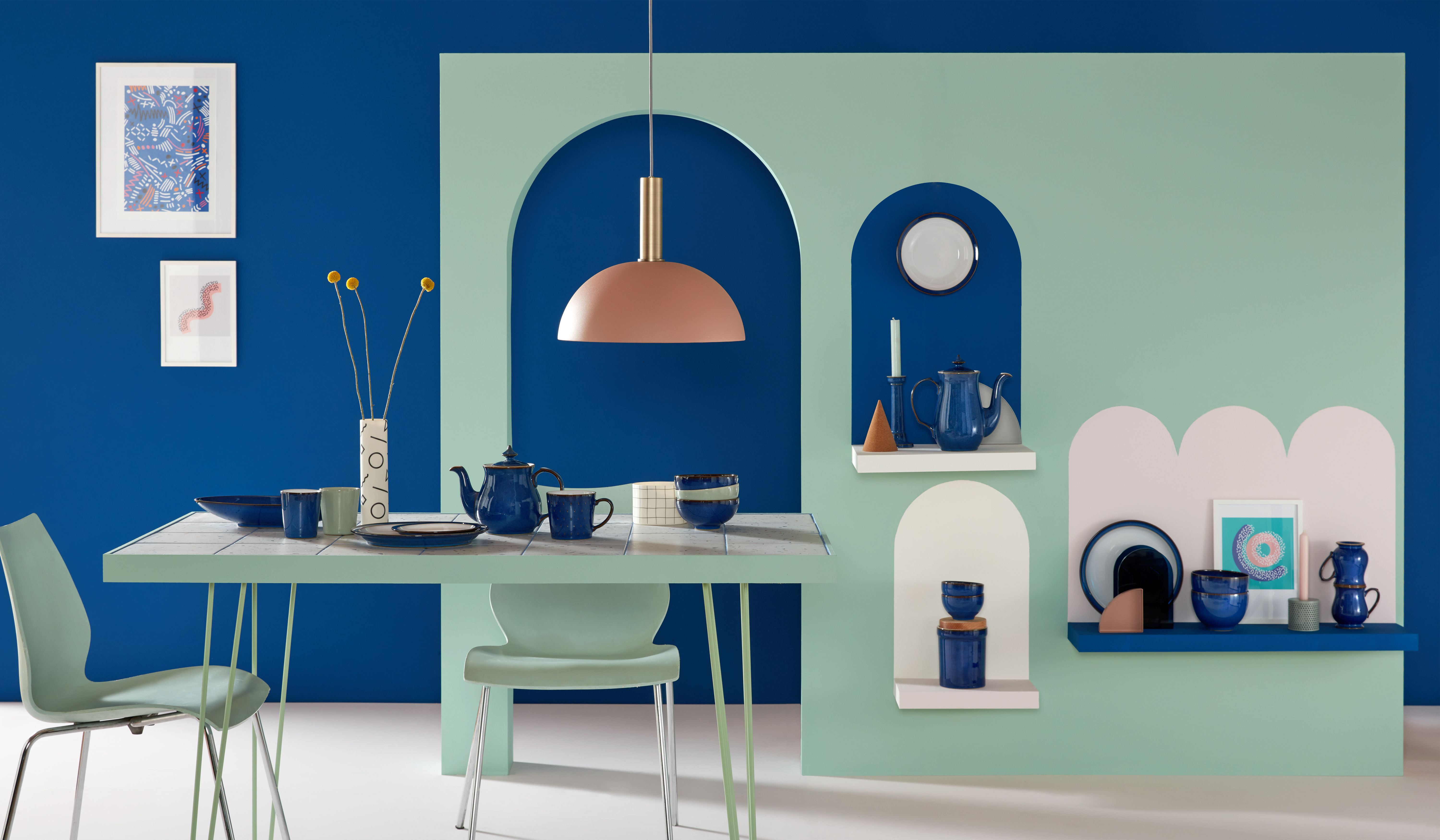 Pantone® has announced that ‘Classic Blue’ is 2020’s Colour of the Year meaning bold colours are set to be a continuing trend in home interiors and fashion.

The colour blue has become an interior design go-to when it comes to adding a pop of colour to the home.

Blue allows for interior décor to be bold with dramatic tones and blocks of colour but can also be used sparingly to create a fresh and modern look. From statement walls to bright accessories or bold tableware, it is versatile enough to work in every room. Blue has a timeless appeal, making it a conscious choice when choosing tableware.

The Evolution of Denby Blues

Denby Pottery was founded in 1809 and for the first 75 years, glazed functional and decorative pottery predominantly by salt glazing. Around 1884, that all changed when we started using cobalt to create striking blue glazes which we still use today.

It was during the 1920s that the iconic Cottage Blue pottery for kitchen and home was launched and blue became a strong colour associated with Denby.

The items in the Cottage Blue collection evolved over the years until it was eventually discontinued in the early 1980s.  By 1989 a new Denby signature blue was created in Imperial Blue and an icon was born.

This year marks the 30th anniversary of Imperial Blue. The combination of cobalt blue and white is timeless and elegant and particularly striking when mixed in with other tableware colours and collections.

Imperial Blue is a classic design that is made to last. Each piece is carefully hand-crafted at our Derbyshire factory to create the versatile, beautiful and durable 62-piece collection that we currently have today.

A stylish twist on a classic, Blue Haze was introduced as a modern update to Imperial Blue and features the hues of Imperial Blue to create a contemporary two-tone reactive glaze effect.

Refresh your range with new contrasting pieces from Blue Haze that will add a striking finish to your table.