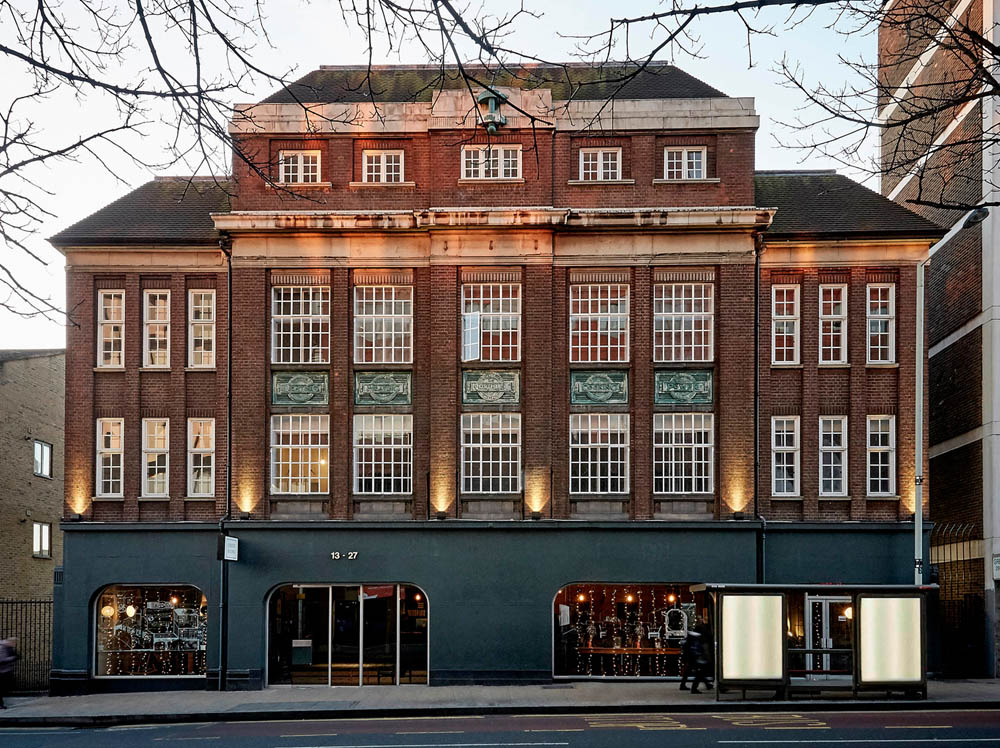 We’ve recently been working with Green Rooms hotel in London to provide tableware for their in-house restaurant. A social enterprise, Green Rooms is a creative arts space that offers budget-friendly accommodation.

Here we catch-up with the founder Nick Hartwright on the inspiration behind the hotel and their passion for design that’s made in England.

What can people expect at Green Rooms, what’s it all about?

Green Rooms is the UK’s first independent arts hotel. It’s open to everyone but we have slightly preferential rates for people who work in the creative industries. It’s a creative haven, a melting pot of ideas and a place where lateral thinking, collaborations and new approaches are actively encouraged. It’s also a place for the local community. We’ve got a brilliant bar, a great restaurant and some beautiful communal spaces. We stage a wide range of free events at the hotel for Wood Green residents and Londoners to enjoy. And that’s everything from comedy nights to live music, to art exhibitions.

What inspired you to launch Green Rooms?

The concept for Green Rooms was something I’d been playing around with for a long time. The challenge was finding the right site. London is a brilliant city – arguably the best in the world – and a real cultural hub. But it’s also very expensive. There was a gap in the market for a genuinely affordable, design-led hotel that encouraged and fostered collaboration among its guests. A lot of people who work in the arts don’t have that much disposable income and can’t afford to spend £250 a night on a hotel room when they come to London, but by the same token they don’t want to stay in anodyne, formulaic budget hotels either. Green Rooms offers something different.

Here at Denby, we’re delighted Green Rooms uses Denby’s made in England tableware, how important is it to champion British suppliers and designers in the hotel?

It’s really important. The key design theme for Green Rooms is the mix of authentic vintage and contemporary British craft furniture. Green Rooms is the first hotel in the UK to feature 100 per cent British craft furniture manufacturing, and every piece in the building tells a story of British artistry and craftsmanship. Denby’s made in England tableware fits perfectly with that ethos.

What influences the style and design of Green Rooms?

The overarching concept for Green Rooms was always to work with the existing architecture of the building. And we have a beautiful building! It’s Art Deco and was constructed in 1935 for the North Metropolitan Power and Electricity Company. The great and the good of North London used to come here to buy their heaters and boilers. During the hotel build original details were preserved and protected at all costs. We contrasted them with contemporary interventions, such as clean modern lines against rustic retained finishes; expressed copper services mounted alongside ceiling features; and exposed block work adjacent to fragments of original marble. Green Rooms is low-fi, pared back and utilitarian. It’s cool but it doesn’t try too hard.

Why did you decide to introduce a rotation of restaurant residencies to Green Room’s dining room?

Green Rooms isn’t your average hotel so we didn’t think it right to have an average ‘club sandwich’ restaurant. They are so many brilliant emerging restaurateurs in London but it’s a very tough market to get ahead in. Someone might have a brilliant pop-up restaurant concept or a really successful food truck, but it’s incredibly difficult to jump from doing pop-ups to running your own permanent restaurant. Green Rooms acts as a stepping-stone. We give restaurateurs the opportunity to experience what it’s like to run their own restaurants. They come in for three months, we give them on the job training and they get to see if the numbers stack up. And we don’t charge them to be here, we just do a profit share. It’s great for them and it’s great for the hotel, and our guests – every quarter we have a completely new food offering. People love it.